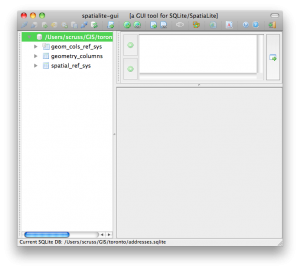 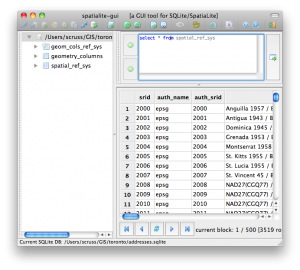 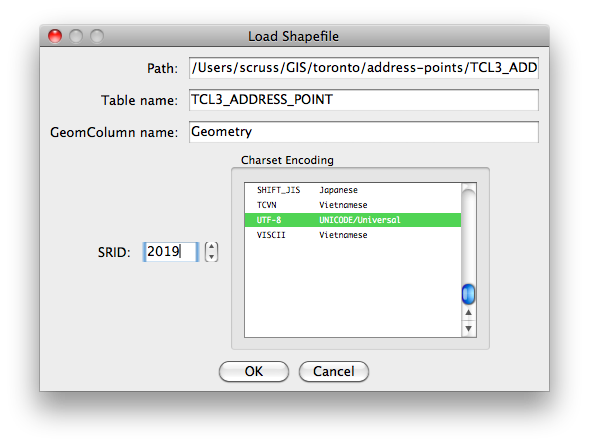 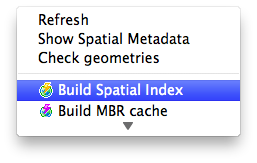 8 replies on “a simple geocoder for toronto”

[…] and Catherine are quite partial to libraries. I’m going to use the address points database we made yesterday to find the libraries within 2km of a given address. It’s not a very useful […]

There’s a much quicker way to do this:

This actually uses the geometry of the point as opposed to stored fields. transform(…, 4326) transforms the CRS to WGS84.

How would you get the property dimensions from that data. Any sample query?

I don’t think you can. These are just address points. You’d need the lot data, which is not open in Ontario.

you’re saying that you can’t somehow add X and Y to the Lat and Lng?

I have no idea what you mean by that comment.

This data set might be what you are looking for: Property Boundaries. Spatial join it to the address points, and you should be good.

Sorry, that is the data set I was referring to. I’ve loaded it all into a local mysql db.
I have very little experience with this and am looking for a sample query. Would you be able to provide one?
Columns :
X = Easting, in MTM NAD 27(3 degree) Projection
Y = Northing, in MTM NAD 27(3 degree) Projection
LONGITUDE = Longitude in WGS84 Coordinate System
LATITUDE = Latitude in WGS84 Coordinate System

X & Y, and Latitude & Longitude, are just points. The same points. In different coordinate systems. Mixing them would make no sense.

I can’t give you a sample query, as a) I don’t know what you want, and b) This sounds like paid work. My rates are reasonable.