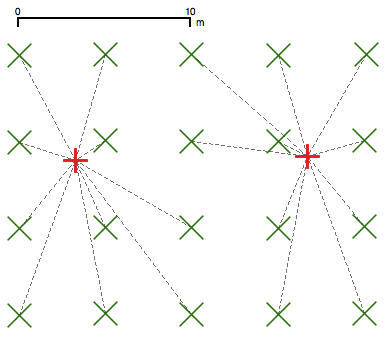 John the new jersey geographer put this better than me, but it appears that iPhoto rounds exported GPS coordinates to the nearest integer second of arc. There’s really no reason for them to do this, and it’s caused me to waste several hours tracking down why my tagged and exported photos didn’t match up.

Looking at the output data, I’m not sure if it’s to a second of arc – it appears to be rounding to the nearest hundredth minute, or approximately 0.000167°. Since GPS location uncertainty is in the fifth decimal place, this aliasing of the data is annoying.