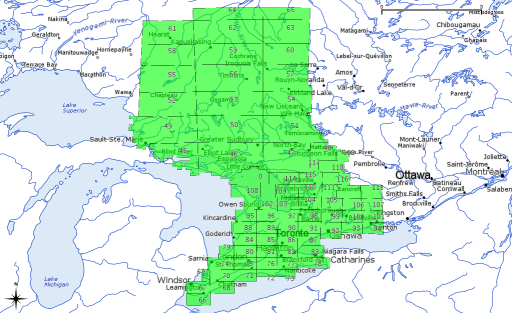 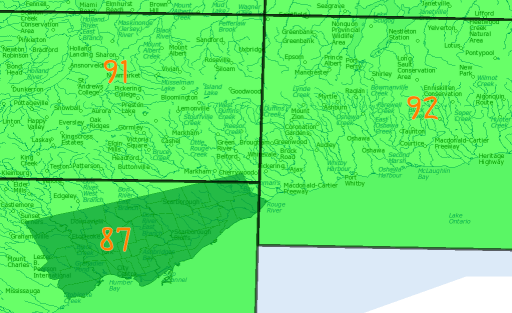 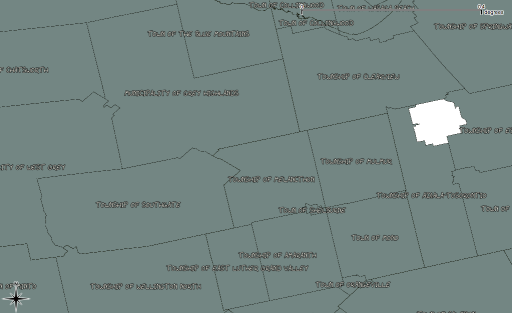 The Ontario Ministry of Natural Resources has a fairly well-hidden service that provides free geodata to the general public. One has to register with a sign and e-mail form, but there’s a large number of useful data sets available. The only disadvantage is that you can’t tell if your order will be delivered by download, or physically burnt to DVD and mailed from the MNR in Peterborough. The municipalities shown above were a download; the DEMs of my entire UTM zone? They’re in the mail …